Apple has joined the Blender Project as a patron member, helping to fund the open source project as well as providing technical assistance for the project too.

On day one as a Blender Patron already submitted a patch for Blender with Metal support for Blender’s Cycles, meaning that finally the Apple Silicon Macs will be able to use their GPUs for rendering in Blender. So far its all been focused on the CPU performance, so it will be really interesting to see how M1 performs with that enabled. But I can’t help thinking the timing isn’t an accident. Given that we’ll be having new Macs next week with 2-4x the number of GPU cores becoming available with the M1X MacBook Pros and Probably M1X Mac mini, and MAYBE a 24” iMac with M1X too. Performance on those will be pretty awesome I’d guess and I’d love to see Apple do some comparison renders against the competition, or at least whatever the PC market can bring to the table in the event.

Our favourite RenderBoi Apple Tomorrow said this of the update:
“macOS has, almost since the beginning, been a less important supported platform for blender 3D. This was partly due to the fact that Apple used proprietary technology, like Metal, for 3D graphics, and partly because Apple want a Patron in the Blender development fund. With yesterday’s news, the landscape has changed dramatically, and 3D users on the Mac are going to be able to work faster and more efficiently than ever”

Back in the PowerPC days Steve Jobs and Phil Schiller often had the latest Mac racing against the fastest PC chips they could find on the market in Photoshop actions and the like, so it would be a nice call back to those days too.

Also, we’d mentioned Eve Online adding Apple Silicon support on their test server, and in the past couple of days this was added to the main server making it a part of the full release, and LOOK HOW PRETTY IT IS! This is running full screen 4k, High on all the settings. Of course downscaled and compressed for you now by YouTube, but I think you’ll agree that the 8 Core M1 GPU is not struggling with this at all.

These new bits of support right ahead of the event makes me think maybe we’re in for a treat with the new toys!

Marcin Kowalczyk
#icaveanswers #doubletake any trusted VESA mounts that anchor to the desk that won’t just sag over time and could handle “pro” imac that You’d recommend personally? [yes I have enough of hunching in front of my 2012-imac-tunred-monitor 😛 ]

Janos Vymer
#icaveanswers Question about the m1x. I have heard a lot of rumours. 10 cores, 12 cores or option for 16. The one I heard most in the past month was 10 cores (2e 8p). but I wondered if it isn’t cheaper to stay with the m1 and add 4 performance cores or more. So it would be 4e + 8p. And even on the upgraded model (if there is one) 4 e + 12p.
It just doesn’t make too much sense to me to even reduce the number of e cores. I mean yes you don’t really need them but if you have got them available must be cheaper.
I hope that makes sense especially since I don’t know anything about chip manufacturing xD

Mikey Copeland
#icaveanswers Hi Dave. Have you seen the new Sky Glass? For me, its what Apple should have done for the Living Room TV years ago!

Team Kinetix
#iCaveAnswers all the online Apple event hype seems focussed on M1X products, do you think there might still be some surprises in store from Cupertino next week? Something easier to keep secret, like software perhaps?

Abdullah Nasir
#icaveanswers Can M1X MacBook’s have compatibilities issues like we see with M1? Some apps were not working fine like Adobe premier pro, After effects etc 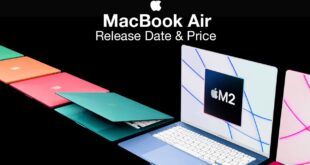 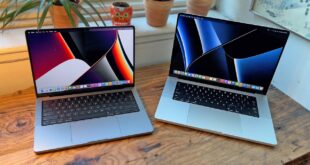 MacBook Pro with M1 Max and M1 Pro: The Pro-est MacBook yet! 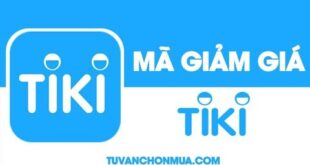